I spent all evening yesterday watching the highlights of the Royal Wedding. I think the ceremony and everything leading up to it was executed brilliantly. No wonder, having been rehearsed so many times before. Imagine how many people must have worked on it, for months. No such stats yet. We do have stats on how many people watched it live across the globe – apparently nearly 2 billion people tuned in. Imagine having your own wedding with such an audience! The newly wed duke and duchess must be well relieved it is all over now.

Kate looked absolutely divine in the dress, made by Sarah Burton from the house of McQueen. Kept a secret until the very last moment, it will surely be a most talked about dress long after the wedding. A nice nod to the British fashion industry. The 1936 Cartier diamond tiara was her ‘something borrowed’ from … the Queen herself. 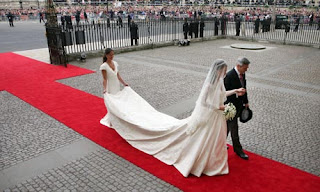 The wedding dress was classy and simple, it oozed style and royalty. A lot of people hoped for it to be OTT and may feel disappointed. But the fact it wasn’t, makes it so much more beautiful and suitable for the occassion. And it complemented William’s uniform so well.

My personal ‘most stunning guest outfit award’ goes to socialite Tara Palmer-Tomkinson. Royal blue dress, with matching wrap, hat, shoes, gloves and bag, looked just stunning and very elegant. You don’t get to see outfits like this too often. The dress is by Deborah Millner, and the hat was made specially for the occassion by Philip Treacy (along with 35 other hats or head pieces for the wedding guests). 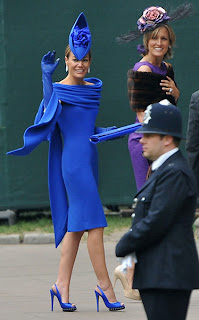 The highlights of the royal wedding? They kissed twice on the balcony of the Buckingham Palace (the protocol only allows for one kiss), William himself drove his newly wed wife in his father’s 40-year old open-top Aston Martin (a complete surprise to absolutely everyone and wildely cheered by the crowd). And, to top it up, the couple went for a very casual and laid back look the day after, heading off to their honeymoon in style. Again, the destination has been kept secret to everyone. Rumor has it, even to Kate herself. The British Monarchy may be up for ‘something new’. 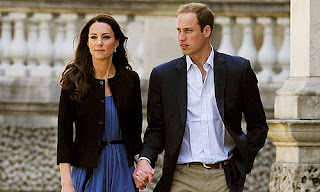 The Duke and Duchess of Cambridge walk hand in hand to a waiting helicopter at Buckingham Palace Photograph: Wpa pool/Getty Images

As to the other Royal Wedding approaching – the dress is in the making, the suit has been cut, the guests have booked their plane tickets and there is excitement in the air. So much for now…

All pictures sourced from The Guardian. 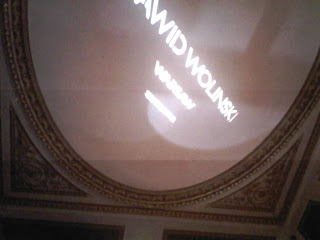 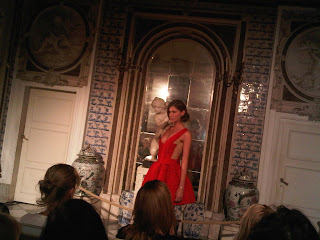 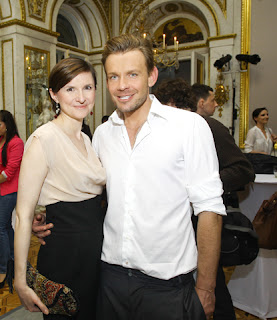 One of the first reviews came from yatzer, who’s been following Robert’s designs for a few years now, always praising him for his talent. ‘The Whaletone is actually pretty damn cool, looking’ – that’s the opinion of synth.me. C’est magnifique! – don’t we like the sound of that? We do, and so did journaldudesign. We also loved the review of fashionnow.pl, which referred to Whaletone as ‘A piano like no other’. But a true gem review came from Kat Hannaford from gizmodo.com, who wrote ‘Whaletone piano is making me salivate with desire’. Yummy! 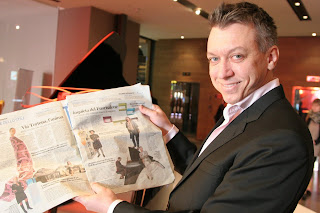 Robert with a copy of the Italian daily Il Giorno, with the page featuring Whaletone. 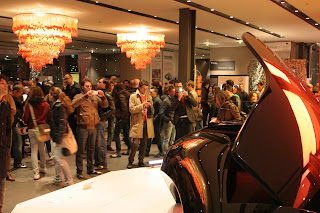 Whaletone proudly presents itself at the nhow hotel in Milan.

We absolutely killed it!  The whole team worked hand-in-hand to make it happen. Great show, nice crowd, wonderful atmosphere. Fashion journalists, celebrities and clients in the front row. Could you wish for more? Rodrigo, you’ve made it! 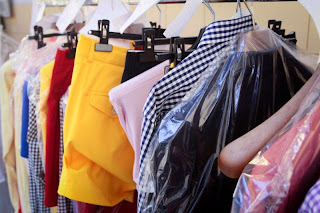 Spring in the waiting. 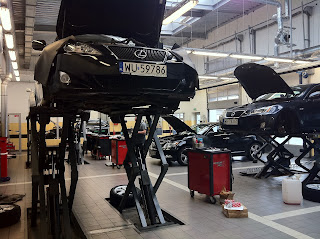 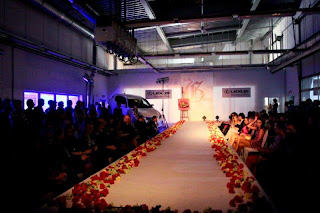 … turned into a catwalk. 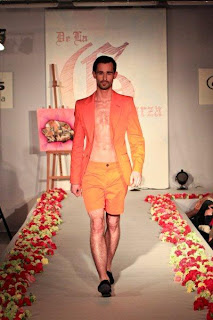 Here comes spring to the city. 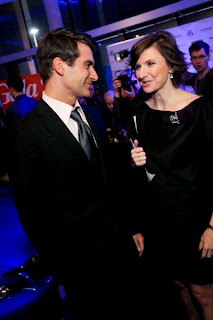 With Tomasz Kammel, one of the best dressed men in town. 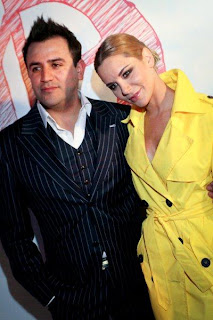 Rodrigo De La Garza with Natalia Lesz – the highlight of the show. 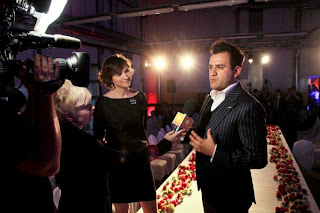 In the spotlight with De La Garza.

Photos from the show by Michal Ozdoba. 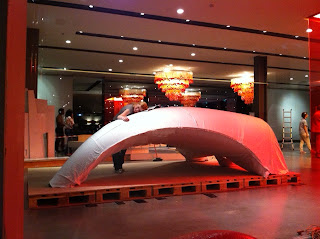 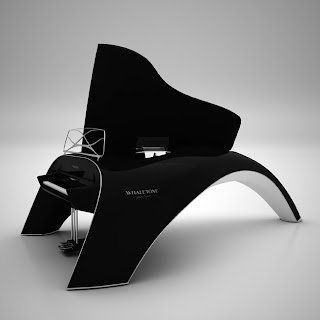 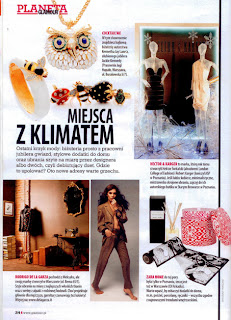 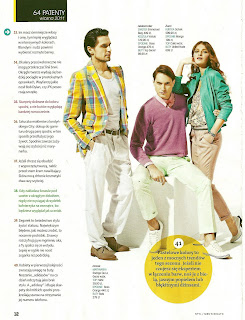 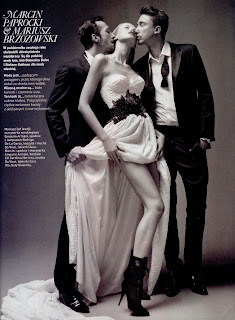